When, in 1892-93, the County Council instituted technical education lectures for farmers, Hugh applied for a course at Brandsby and lent the drawing room at the Hall for the purpose. He made efforts to make the room comfortable, but had to work hard at drumming up attendance. Farmers were slow to take suggestions for improvements seriously, and it seemed no-one was willing to consider any measures other than tariff reform could help improve agricultural conditions.

The house at Mill Hill

Shortly afterwards Hugh started on implementing his plan for own house at Mill Hill, a house designed specifically not to facilitate ‘drawing room society’. It was one-room deep, with attic bedrooms and a simple ridge roof. The entrance gave directly into the hall. There was no dining room, servants, family and guests all ate together in the large purpose designed kitchen. There was a tiny library, a coach house and stabling. He called it a cottage.  [See Buildings page for further details.]

Hugh loved the simple life he lived in this house, with his friends who came to visit. The was a kind of project or ‘social experiment’ for all of them. It was a project for the ideals of rusticity and simplicity, coming from Ruskin and Edward Carpenter. Endless hours of discussion were held with Detmar Blow, the architect and his associates, to arrive at the expression of the ideals they were striving for. It is an important house in the development of the Arts and Crafts movement. It was Blow’s first house. Furniture was made for the house by Ernest Gibson, Ernest and Sidney Barnsley and William Lethaby. Alfred Powell also came on board and in due course took over from Blow as architect and designer on Hugh’s future building works.

Hugh threw himself into local politics with the first election of a County Council in 1892, giving ‘violent’ (his own word) socialist speeches in support of overthrowing the ruling Tory clique.

In the run up to the general election of 1895, Hugh canvassed on behalf of Harold Reckitt (the son of ‘Reckitt’s Blue’), persuading the young man to pledge himself to old age pensions, the establishment of Land Courts and several other far left measures, which weren’t even on the Liberal agenda at that stage.

He then turned his attention to the recently established parish councils. At Brandsby, this was really a continuation of the Brandsby Vestry Committee which was composed of four leading farmers, who met once a year and voted each other into the offices. Hugh demanded the meetings being held according to the rules and that the formalities of appointing officers be duly observed. Hugh used the unsatisfactory condition of local roads as the issue on which to criticize the established Councillors and he did succeed in maneuvering the local magistrates into appointing two radical names as overseers of the roads. This episode attracted the attention of Arthur Acland, MP an influential government minister, who was very keen on the establishment of parish councils. He came to visit Hugh at Brandsby to gather material for his article on parish affairs for a Liberal publication.

Besides the lectures, Hugh was also always on the lookout for ways to improve the condition of the land and its agricultural productivity, which led to his projects on co-operative ventures and the improvement of the transport of goods. These are detailed on other pages.

Hugh’s London friend J.J. Dent came to visit and under his guidance Hugh affiliated the Reading Room committee to the Working Men’s Clubs movement, giving it a better status and framework of operation.

The cricket recreation ground was laid out in 1893.

In 1897, to commemorate Queen Victoria’s 60th year as monarch, Hugh organised in his usual way of donating land, giving some materials and getting local support to carry out the project, the building of the Brandsby Bath House. 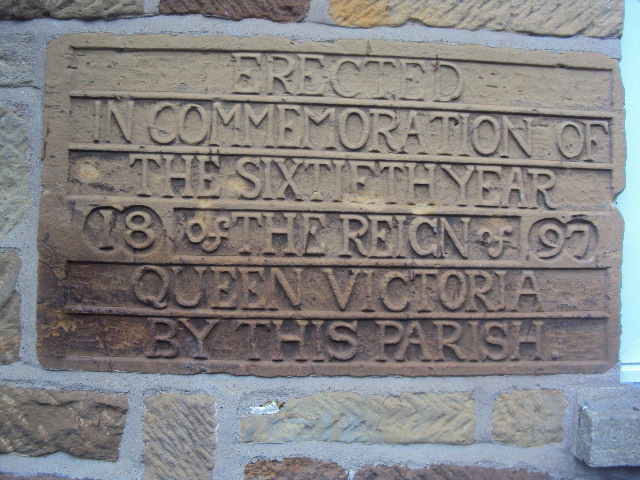 Similarly in 1912-13, Hugh promoted the building of a ‘Town Hall’ as it was called, by donating the land, the stone and a donation of £50. £180 was raised through the holding of a bazaar.

The main instruments of change which Hugh used are each deserving of their own page, and can be found in the righthand side menu on this site.